As for deciding to write Warrior Monk, my work as an economist did come into play. Many years ago now, a colleague mentioned that a new priest at her parish formerly worked for the Central Intelligence Agency. That caught my attention, and I filed it away just in case I ever did delve into the fiction realm.

A few years later, in 2007, I received word that Hofstra University on Long Island would be hosting a conference titled “Bond, James Bond: The World of 007.” My editor at Newsday agreed that I should cover the event for my column. At that gathering of Bond experts and fans from around the world, I learned that Ian Fleming was 44 years old when his first Bond novel, Casino Royale, was published. That happened to be how old I was at the time of the conference. So, I took that as some kind of sign. I filed my Newsday column on the conference, and then started working on my first novel, featuring a Lutheran pastor who had been a Navy SEAL and a CIA operative. Stephen Grant was born.

Get all of the Pastor Stephen Grant thrillers and mysteries! 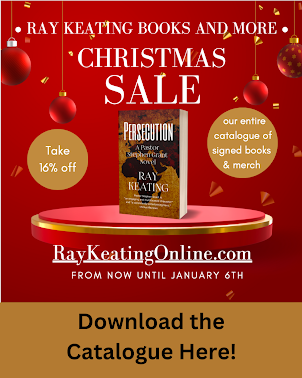