Dean Martin reportedly once said in reference to his buddy Frank Sinatra, “It’s Frank’s world, we just get to live in it.” When I periodically see what 90-year-old William Shatner is up to, I sometimes think that it’s Captain Kirk’s world, and we just get to live in it. That sentiment was reinforced, once more, seeing Shatner blast off with Jeff Bezo’s Blue Origin on October 13 to become the oldest person to journey into space. 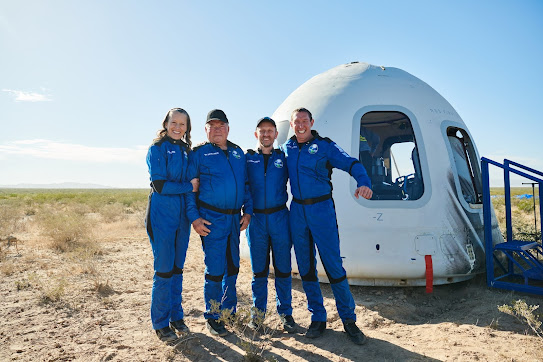 Cheers to Shatner. Good for him.

(Now, if only Paramount would come to its senses, and follow Bezos’ lead by putting Shatner as Captain Kirk back into space one more time. Don’t get me started on how egregiously bad Kirk’s death was in Star Trek: Generations. Okay, let’s not go down the Star Trek rabbit hole…)

Indeed, much of the reaction to Shatner’s trip seems to have been positive (except for petty remarks by Shatner’s Star Trek co-star George Takei – these guys don’t like each other). However, envy and economic ignorance did pop up, building on recent misguided attacks on Bezos, Virgin Galactic’s Richard Branson, and Elon Musk’s Space X for passenger flights to space.

Before such anti-space rants become more commonplace, it should be noted that such complaints generally come from envy or zero-sum thinking, or both.

One has to wonder why critics either don’t care or even get all goo-goo when government ventures into space, but are downright hostile when space travel is undertaken by wealthy individuals in the private sector?

After all, these space-faring individuals are using their own money – whether as entrepreneurs, investors or passengers – to take the journey, rather than undertaking ventures completely funded by others who have no real say, that is, the taxpayers. Wealthy individuals become wealthy by earning it in the marketplace. How? By providing goods and services that others need or want. But critics usually don’t understand such basic economic realities. Based on envy, they assume that wealth merely exists, so that government can tax it and then ramp up spending on their own political preferences – by the way, also turning a blind eye to government’s unwavering ability for failure and waste. Indeed, ignoring the basic right that people who earn their money can spend it as they see fit, some critics have even asserted that journeys into space make clear the need to tax the wealthy even more. There’s that envy thing again.

The critics of billionaires and Star Trek actors heading to space disregard other economic fundamentals. New products introduced to the market tend to be very expensive, and it’s the wealthy who are able to dive in first. Further innovation, efficiency and competition then drive down the costs, while also enhancing the quality, incidentally. For space travel, that will not only mean that it becomes more affordable, but also safer, to the point of being the equivalent of taking an airplane trip.

For good measure, by blazing affordable trails to space, other entrepreneurs will create new spaced-based industries, that is, goods and services largely unimagined today. This is how opportunity is expanded and economic growth occur, in turn, creating new wealth, higher incomes, expanded consumer choices, and new jobs. Just like on Earth, space is not a place for zero-sum thinking.

Finally, arguing that private space travel means ignoring Earth-bound problems and opportunities pushes aside that basic notion that we can walk and chew gum at the same time. Great ideas and opportunities on Earth will not be grounded because some entrepreneurs and investors also see opportunities in space. It’s not really and either/or. Instead, those complaining loudest tend to favor undertakings informed by their politics, and once more long for more taxes to fund their escapades.

So, is space the wealthy frontier? Well, for now, yes. But thanks to the likes of Bezos, Branson, Musk and other space entrepreneurs taking on the initial uncertainties, risks and investments, it will become far more commonplace as innovations and efficiencies make it safer and more affordable for the rest of us to journey to, and create businesses and work in or related to space. 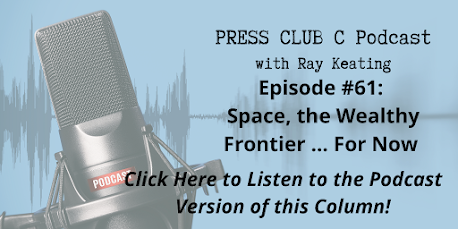